VOXL GPhoto2: How To Stream and Control Popular DSLR Cameras to your VOXL-based Drone

voxl-gphoto2 is a Modal Pipe Architecture (MPA) (documentation link TBD) compatible application to stream camera video frames. This is the replacement for voxl-libgphoto2

gPhoto2 is a free, redistributable, ready to use set of digital camera software libraries and applications for Unix-like systems, supporting more than 2,500 cameras. These cameras include popular options like Sony A6500, Panasonic DC-GH5, Nikon DSC, Nikon CoolPix, Canon PowerShot, and many more!

voxl-gphoto2 detects a supported camera on USB and starts streaming video frames from it via MPA. These frames can then be streamed over RTSP using voxl-streamer

In order to stream a video feed to QGroundControl, voxl-libgphoto2 requires the use of a Flight Core or VOXL Flight.

The following additional hardware is required to stream video from a digital camera through VOXL to QGroundControl.

One of the following VOXL Add-on boards is required. 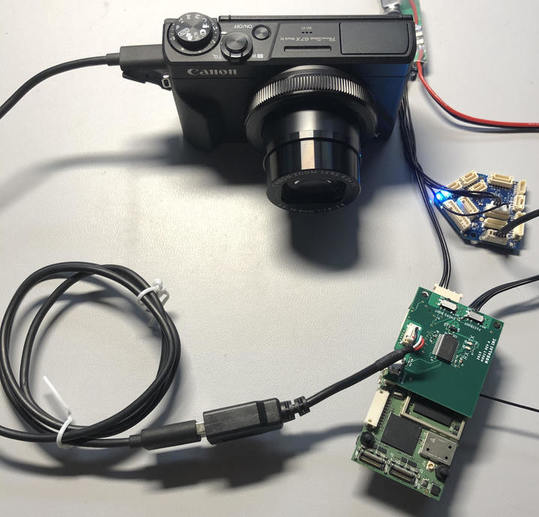 The following cameras were tested by ModalAI and successfully used to stream video to QGroundControl: