Note: Due to difficulties sourcing low cost and available gimbals, ModalAI no longer has any officially supported gimbal solutions at this time

As a convenience, versions of the VOXL-m500 are available to test out a gimbals. Links to the off the shelf gimbal source are provided along with any configuration software used. The factory setup used is provided here as well to help others adding gimbals of their own choosing.

The m500 houses the VOXL-Flight board, which only supports 8 PWM outputs, and not the additional AUX port. For this reason, the gimbal control is limited to using the RC AUX passthrough feature of PX4, providing pitch/yaw control of the gimbal only using RC AUX passthrough.

Using QGroundControl, you can enable camera triggers on PWM outputs, like channels 5 and 6. At least in PX4 FW v1.10, there’s an issue that causes these channels to get overwritten and zeroed out in some cases, causing problems with camera trigger. A non-warrantied work around is as follows. You’d need to update the ROMFS/px4fmu_common/mixers/quad_x.main.mix mixer and rebuild the firmware such that the file contains only this content:

MAVSDK works by sending MAVLink commands to the flight computer in order to control the drone. When the drone is being operated by MAVSDK, it is placed in “offboard” mode. During operation in “offboard” mode, the drone is still able to respond to “RC_CHANNELS_OVERRIDE” commands if configured correctly. This allows the user to manually control gimbals using RC pass-though from the RC input to PWM outputs.

MAVSDK can operate regardless of which form of input is used (“RC_CHANNELS_OVERRIDE” messages or RC transmitter input) but when in offboard mode, MAVSDK will cause the flight computer to ignore flight control input for thrust, yaw, roll and pitch. All other RC channel inputs will be honored if appropriate (such as an RC channel configured to be an RC pass-through.)

For this gimbal, the recommended camera is something like the Mobius Pro Mini Action Camera based on form factor alone. We are not qualifying this camera’s performance, but based on size, weight and geometry, this camera has been shown to work well in our testing wih the gimbal referenced below.

The -G1 configuration consists of:

It is configured with the following:

For reference, a PX4 parameter for setting up a Spektrum DX8 with this gimbal using channels 8/7 to pitch/yaw and enabling outputs on bootup can be found here

The AUX1/2 passthrough RC channels are configured via RC_MAP_AUX1 and RC_MAP_AUX2. These two channels can be configured to control pitch/yaw control on the gimbal from the RC transmitter. In the param file referenced above these are set to 8 and 7.

The Quadrotor x airframe is supported by the m500, which provides us feed-through of RC AUX1 and AUX2 channels to PWM_CH5 and PWM_CH6 (pins 6 and 7 above) respectively.

The AUX ouptut signals may be disarmed on bootup and only enabled after arming the vehicle which may not be desirable debugging. Setting the COM_PREARM_MODE mode to 2 (Always) enables the outputs on bootup (this is shown in the param file referenced above).

Also by default, the output is 1500 us when disarmed, which is configured by PWM_AUX_DISARMED.

The gimbal receives power via the battery (not through the DC plug available on the power module). Upon attaching the battery, the gimbal will self stabilize in roughly 6 seconds. You can hold the camera in position during this time to stabilize into a starting point of your desire.

Using the DX4 transmitter with the params setup as above:

Streaming a video feed from a Mobius Pro Mini Action Camera to QGroundControl requires the use of a Flight Core or VOXL Flight.

The following additional hardware is required to stream video from the camera through VOXL to QGroundControl.

One of the following VOXL Add-on boards is required.

Before starting the camera stream, make sure your vehicle is connected to QGroundControl. Instructions on how to do so over WiFi can be found here: How to Connect QGroundControl to VOXL using WiFi

If ffmpeg is not currently installed on your VOXL it can be built and installed by following the instructions here: voxl-ffmpeg

Replace GCS_IP with the IP Address of your Ground Control Station that is connected to the VOXL.

FFmpeg has a large variety of flags that can be set in order to change the encoder settings and modify the resolution, framerate, bitrate, etc. of the video stream. The documentation can be found on the FFmpeg Website.

To compliment the user guide above, here’s a high level walkthrough:

The Arducam is the recommended UVC camera for the m500. There are many different Arducams to choose from depending on your requirements. You can find the Arducam Specs and Selection guide by going here.

The Arducam B0229 is an excellent choice: 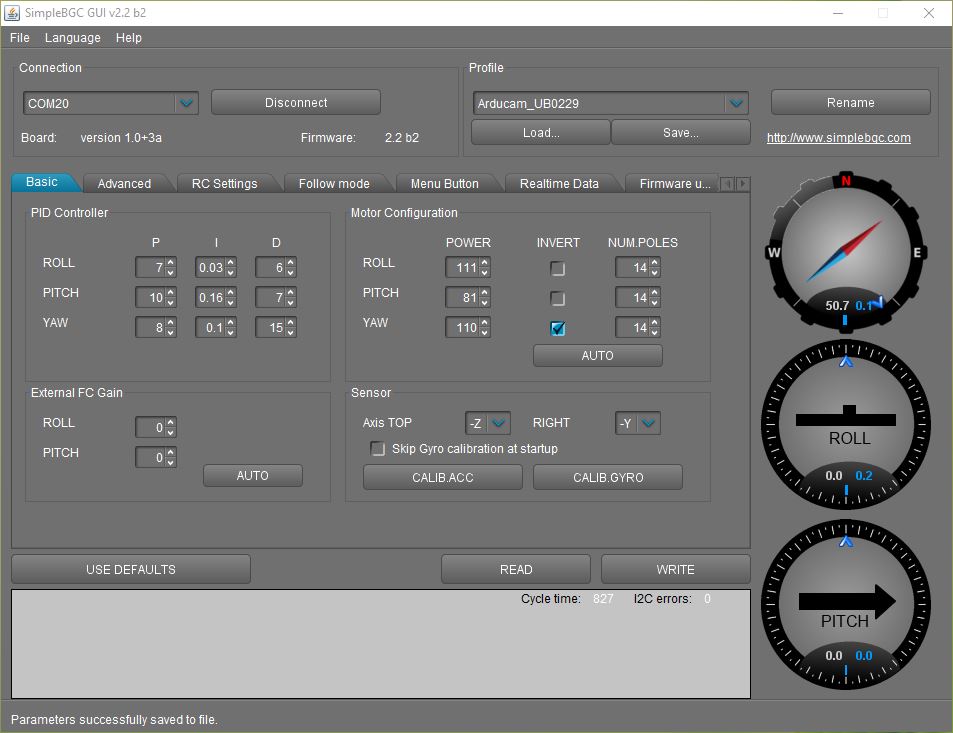