How to Run MAVSDK on VOXL with PX4

This tutorial demonstrates how to fly a VOXL-based drone autonomously, using MAVSDK.

WARNING: At the end of this tutorial, your drone will be flying autonomously. Please only run this in a safe location away from people and wear protective eyewear!! 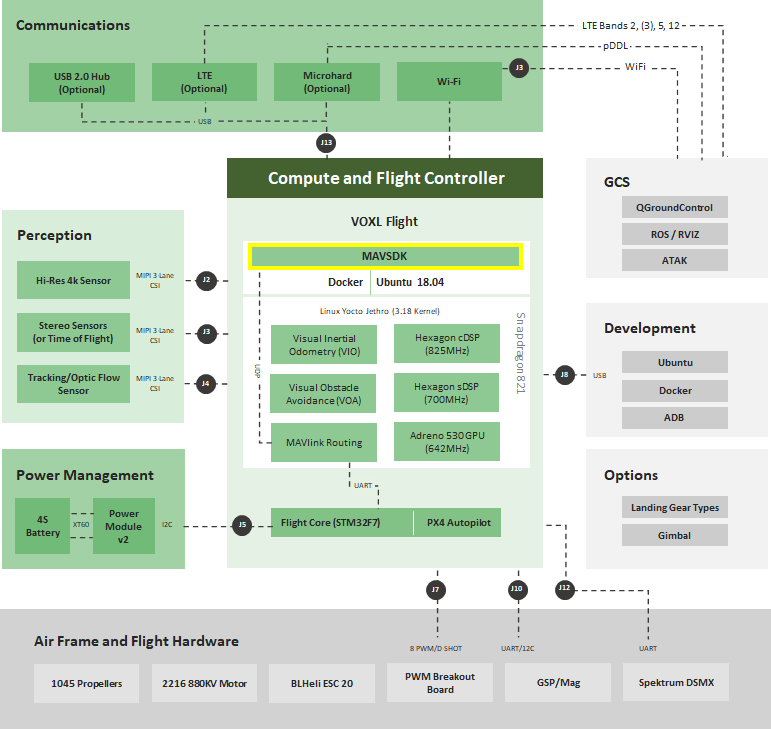 MAVSDK works by sending MAVLink commands to the flight computer in order to control the drone.

Though “RC_CHANNELS_OVERRIDE” commands work at the same time as MAVSDK is operating, they do not work if an RC transmitter is connected.

MAVSDK can operate regardless of which form of input is used (“RC_CHANNELS_OVERRIDE” messages or RC transmitter input) but when in offboard mode, MAVSDK will cause the flight computer to ignore flight control input for thrust, yaw, roll and pitch.

All other RC channel inputs will be honored if appropriate (such as an RC channel configured to be an RC pass-through.)