VOXL Flight combines VOXL and Flight Core into one package. This is one of the first computing platforms to combine the power and sophistication of Snapdragon with the flexibility and ease of use of a STM32F7. You can purchase VOXL Flight here

VOXL Flight’s specifications are almost identical to VOXL and Flight Core combined. The specific differences are: 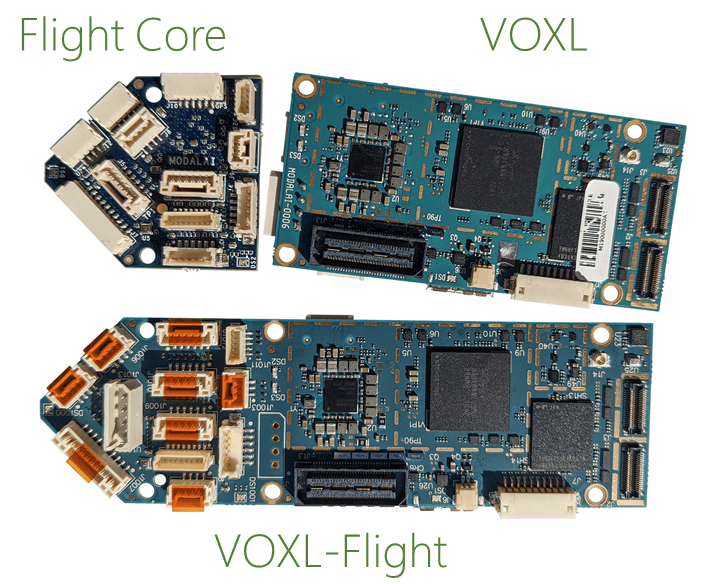